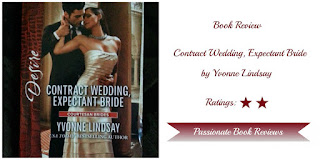 Series: Book 2 in the ‘Courtesan Brides’.

I can’t leave the library without encountering Mills and Boon books sehlf and I usually end up getting a couple of them.

This time I went for the ‘Desire’ category. Some of the stories I have read from this line in the past were good and different.

Ottavia is looking forward to her release from her wrongful confinement, now that King Rocco’s younger sister’s folly has been discovered. But it seems Rocco has some other ideas.

Rocco wants Ottavia to stay a little while longer to spend time with him. As a king, he has too many responsibilities and lately his worries have increased. There’s a lot on his plate like…

1. His kingdom is in upheaval, thanks to some unknown guy claiming to be the rightful heir. Rocco is not considering abdicating in favor of some faceless guy with unhinged ideas.

2. As per some ancient decree, he as a king is required to marry before his 35st birthday and produce an heir.

3. His 35st birthday is fast approaching and he still has not managed to find a suitable princess to wed.

4. He’s also starting to suspect that there’s a traitor in his own trusted team. So for a while, he just wants to have some fun.

Ottavia just wants to leave as it’s clear to her what Rocco wants. Despite their obvious attraction, Ottavia wants to turn him down. She does not enter into any sort of arrangement with men she likes; only men she can control.

She knows offending the king is not a wise or even right move. Ottavia decides to play along and insists he signs her contract just like her other clients. She’s sure one particular term in her contract would take care of his desire to have her around.

But her plan does not work. After some anger at her terms, Rocco signs the contract with his own term to leave a room for adding some unexpected term agreeable to both in the future.

Ottavia agrees, she’s sure there’s nothing he’d say or do that would make her change her mind.

Rocco met with Ottavia to get her to agree to become his mistress until he chooses a suitable bride. What Rocco’s not expecting was a no sex clause in Ottavia’s contract. That intrigues him and he takes it as a challenge to seduce her.

What he’s not expecting was to offer her to marry him to solve at least one of his problems? But Ottavia’s not sure if she’d accept his offer? And how would the people react to her.

I struggled to write the review, thanks to negatives outshining anything positive I have to say about the story. But I tried as always.

I want to know who’s using this outdated word ‘courtesan’ these days. It confused me. I usually come across it in historical novels.

I kept re-reading the blurb and then looking at the cover. All ingredients combined, it makes the book look modern. But the title makes it seem like a historical romance novel.

Another point not in story’s favor….

Chances are someone in the modern day royalty would be concerned with their reputation and image.

I did a quick search in Google and it became clear that the new term is ‘escort’ not ‘courtesan.’

Isn’t it usually news that so-so is the first commoner in the history to become royalty? So why the author wants us (readers) to believe that Ottavia & Rocco’s romance would work, considering the female protagonist is more or less a high end escort?

The story idea is different and probably would have worked just fine, if Rocco’s not elevated to the position of a King.

I only managed to find references to courtesans becoming mistresses and sometimes getting into high positions in courts in ancient history.

This book should have been an historical. As the idea of Ottavia being accepted a Queen is farfetched. I don’t think courtesans were accepted as the Queen in the history without objections.

The idea the author has presented is romantic & fantastical. This story in contemporary setting is unconvincing.

The biggest reason is, Ottavia apparently only provides platonic companionship, counseling if needed in some matters, hosting and event planning services.

This character could have as easily opened a business based on these skills. So the whole ‘courtesan’ drama seems unnecessary. Maybe the author discarded the idea of turning Ottavia into a businesswoman as the title is not shocking or good enough.

It’s also mentioned that Ottavia doesn’t care who knows what she does for a living. What?

The common knowledge of her profession would make it even more difficult for some ‘king’ to marry her without running into objections, from friends, family, relatives, parliament, public or opposition etc.

That kind of a move would be a political suicide and a good reason to ask for abdication I guess. I’d have let it go if it were a fantasy romance with magic, not in a contemporary setting.

The villains are idiots at being villains. They don’t even know how to plot the successful downfall of a king, despite being so close to him.

Then the end is rushed and I have issues with how easily Ottavia forgives & forgets. Considering Ottavia’s past and how she’s betrayed the second time around too, forgive & forget makes no sense, but I guess when a king wants to marry you, you’d make an exception.

Despite all the objections I came up with when writing this review, it’s still a good story, unhinged and fantastical, but still good enough to read.

The main characters are good together. I liked both, Ottavia & Rocco, acting out their parts perfectly.

‘Contract Wedding, Expectant Bride’ is an engaging story if you’d manage to shut up your brain from coming up with objections.